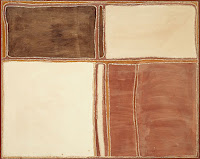 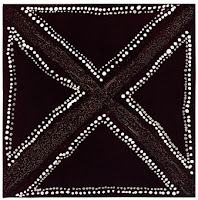 Uluru
The thing is... I'm an Aussie and I love the desert and have great empathy for this land and the people that live(d) here before me and mine... but I've never been particularly, especially moved by our indigenous art. Before now. But I've been sitting in court, listening and looking at the amateurish, greedily executed forgeries made to rip-off the great Aussie artist Rover Thomas, the Rothco of Oz (so called by someone very very famous), who's work I saw for real today at the Ian Potter (Fed Square) gallery just so I would know the difference.
The images have snuggled in under my skin and I love them. LUFF. Today I got it for the first time and for that, I thank those forgers. They stole them but because they did I was introduced.
I mean, it's obvious the forgeries are just that, but how anyone in the know could ever have mistaken them is beyond me. Maybe they were more interested in their cut of the action to look too closely (although I must add that it was a guy from Sotherby's that finally called the cops).
Thomas's work has a texture that makes my little heart go pitter-patter. The paints are made with natural earth pigments, mixed with natural (tree?) resins and are rich and warm and luscious. The other's are student quality, scumbled, acrylic, crap!! With pretend dust on the back... oops, conte, not dust!
So all I can say is... Go Rover!
P.S. The Uluru image is very similar to a dream I had of a Wagga design.
Posted by Bobby La at 8:58 pm 3 comments: 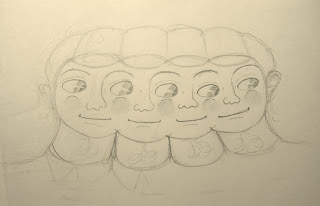 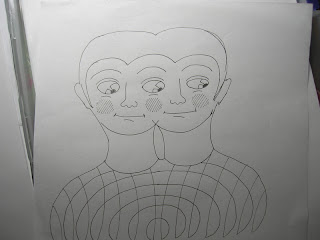 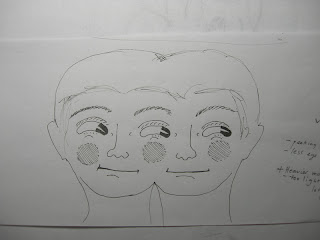 And remember these pretty girls.
Well, I think they're pretty, but I can see what I mean. 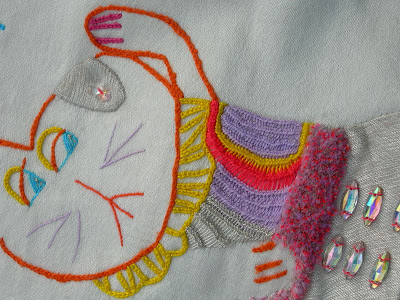 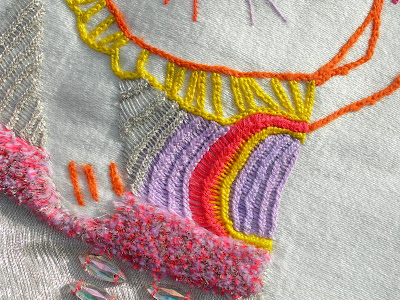 The belt is what I have come to call Fluffy Stitch.

Ruby used to write and write and write. Stories about lovliness and blood and sick and babies. I would scribble an interpretation on another bit of paper and send letters to her grandparents. 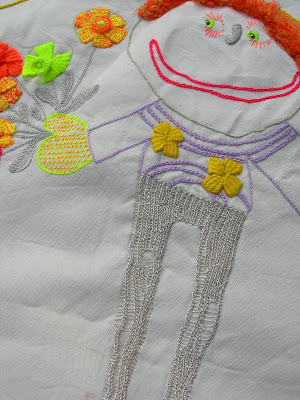 I made the legs longer. Poetic Licence you see.
Ceylon Stitch pants man.
Posted by Bobby La at 8:09 pm 1 comment: 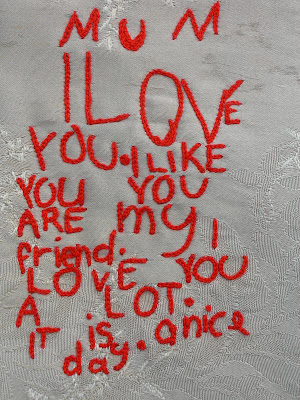 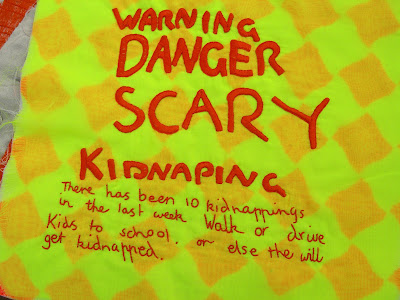 Published here for the first time. Ruby again.
Posted by Bobby La at 7:54 pm No comments:

Happy Story About Something Or Other 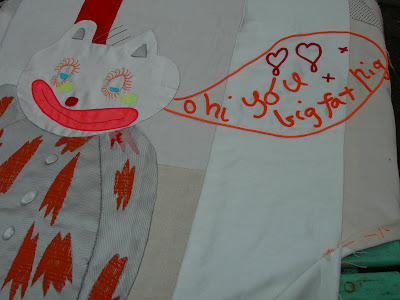 Picture by Ruby Melia.
Applique and embroidery by me.
Posted by Bobby La at 7:47 pm 1 comment: 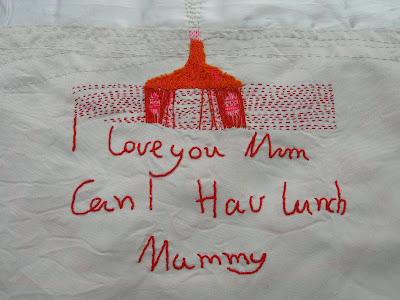 Ruby Melia circa ?? S'pose she must have been about 8?
Postit's are fun.
Posted by Bobby La at 7:36 pm No comments: 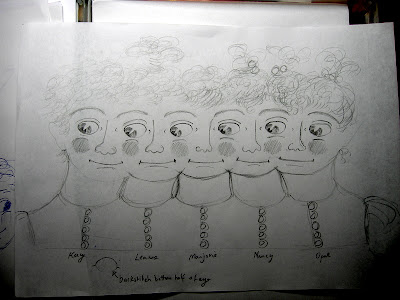 Preliminary sketch.
You can see they all have a different personality.
Posted by Bobby La at 10:01 pm 1 comment:

This Is What The Problem Is 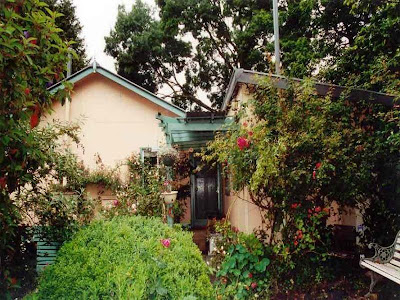 This is what's taking all of my brain space and then some. I do a bit of stitching at work when I can and I plan and plan and plan and think important stitching type things in between loan-thinking-nesses... bank details only a pedantic, sadistic, awful person could imagine to require of me... real-estate-people conversations with cards-close-to-breasts and their expensive, sugar-coated duplicities to avoid (which implies knowing what they might be)... and stressful negotiations that may, juat may be bearing fruit. We may have almost nearly bought ourselves a fixer-upper with a fixer-uppers-type garden. And WE are The Fixer-Uppers from way back. The Gardeners, the imaginers who are already disagreeing (read 'negotiating') about where the lounge-room should ultimately be. And what colour the walls?

This is the VERY WORST house in the very best street/area. Beautiful views that I can't wait to show you. If I don't fall through the half-rotton verandah, I'll take a photo. If we get it, that is.

I miss you all. I miss the sharing and the caring... and it won't be long before I can show you my new Nice Girls. Perhaps to be called The Good Girls. Or The Nice and Good Girls? No murderers sequins here.

While I'm at it, I have an appointment at the NGV to see some of our illustrious 'Goldwork'. I imagine anyone who was interested or available or wished to could come with me??? November 7th at 11am. Let me know. It'd be nice to have someone to OOOh and AAAh! with. 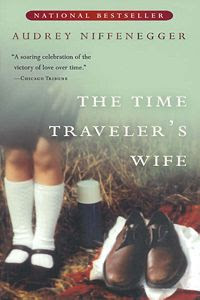 I just finished this book and wanted to share (I read plenty that I don't share).
It's beautiful. Clever without being Clever Trevor. It's tender and not tender. I had little tears at the corners of my eyes when I finished and had thought it would make a good movie, if you could. Apparently they are, with our Eric (Chopper) Bana. 2008. Ha! I just realise that, when I read 2008 I thought, Oh It's only a twinkle in someone's eye, but that's soon! Hope it's good...
I saw it at the bookshop and on an unusual impulse, bought it. It's the time travel thing... I love it. The universe confirmed my intended purchase by naming Clare and Lucille as two of the characters. Two of my daughters, although my Claire has an 'i'. Good enough!
Not telling any more, just see what you can do, ok?
Posted by Bobby La at 7:52 pm 1 comment: