Smith Family Get Together, 7th July 2018 at Brighton

John Smith's great grandson Graeme and his sister Betty and other cousins have arranged a gathering 170 years after John, Frances, Amelia and Lucy's arival in Australia on the Andromache, July 1848. So it will be Saturday the 7th of July this year.

It will be in Brighton at a local watering hole or suchlike (to be nearer to Betty's house and to be advised). They would dearly love to meet as many of John's descendants as can come along. Last time we got together I was able to take Dad and Ruby along and we had a lovely time sharing both the history of the family and just getting to know each other.

Hopefully we can find and invite some of the other descendants of Amelia and John Armstrong too? 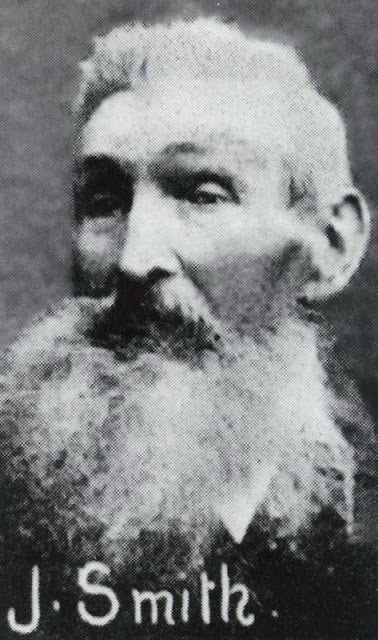 He married Ann Lambourn in Berkshire and they had two daughters, one of whom was Amelia Smith, my great-great grandmother.

Anne died in England and John's second wife Frances, along with Amelia and Lucy, came to Australia and had eight more children.

Amelia in turn married John Armstrong and amongst their children was my great-grandfather George Armstrong (who married Bessie McKenzie).

My Gramps, Keith Armstrong (or George Keith as was on his birth certificate) is Dad's (Bob's) father.

John was said to be one of the three who first discovered gold in Ballarat, though they hid their findings to go and retrieve their wives and children from Geelong. When they returned to their selection with the families, gold had been officially declared found.

Frances's obituary claimed these wives and children were the first on the goldfields, contrary to other claims.
Posted by Bobby La at 8:40 pm No comments: