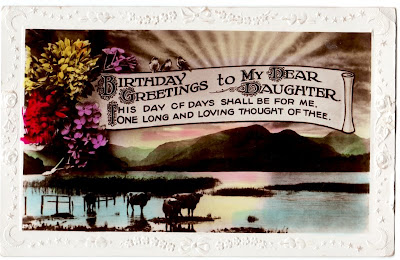 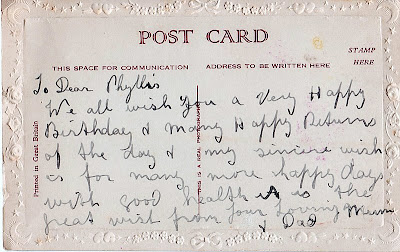 From my great-grandfather, George. I love George, although we never met. He would have loved me too, I know. The story goes that, when my Mum was a baby, he would come to visit and accidently drop his boots outside her door and accidently wake her up. He was a tailor and had three shops in Melbourne. King's Tailors or something. Here he is again.
Posted by Bobby La at 9:23 pm 1 comment: 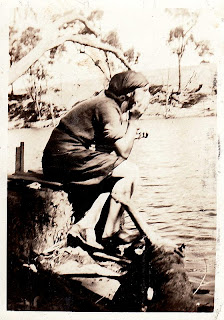 I've been going through my Mum's sewing room and finding things. Dad wants everything else to stay for a while... clothes etc, but the sewing room's to be turned into a computer room and we're all bandying together to force him onto the internet, where many of his mates will send dumb jokes and he can join forums about fire stuff... engines, fighting... history.
I've found my Grandmother's photo's though. This is Grandma (Phyllis) when she was about 20-ish... 1920's anyway. I've had a couple of other photo's taken on this day for years. It's amazing, to flesh the day out like that, so long ago. There is definitely something of me there.
I'm staggering between disbelief and stunned recognition of Mum's death. It's awful. Such a bright person. You'll have to bear with me I'm afraid, or just look at the pictures.
x But thanks for the love people, seriously. You've been so lovely. Sniff.
Posted by Bobby La at 8:59 am 3 comments:

Two Great Photo's Of My Mum 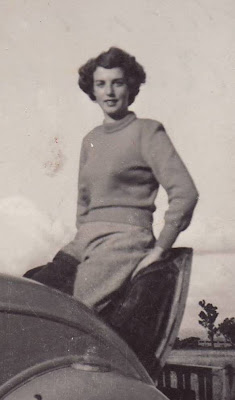 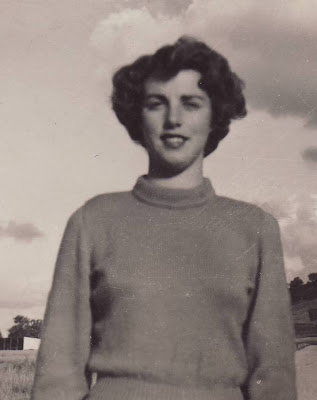 She really was a beauty! I think I'll have a go at making a painting from one of these, probably the lower one.
I've spent the night trying to make a slide show... successfully according to my computer, but my lap-top doesn't recognise any type of CD I've burned. I'm hoping the church has its own computer... or we're stuffed!
Or, I am advised that I could save the whole lot to a BSB memory stick and into My Pictures and then play it via there. Problem is, I'm supposed to be at the venue to try it out at 9am and my BSB is at work and I can't even get a new one in time. 9am and all that. I believe I will figure it out.
Frustrating but!
It's hard work doing this. Sad. Today I'm finding it all too difficult to believe true. Even though I was there. She's still new in my day to day memory. Dad's a wreck.
Thanks for all the nicenesses too people, so vey moving to be surrounded by your love and kindness. xxx
Posted by Bobby La at 10:34 pm 2 comments: 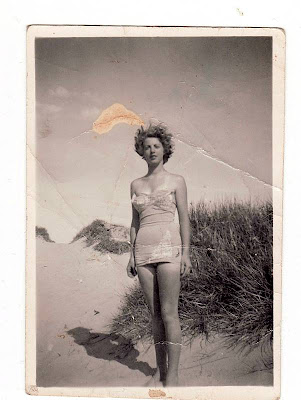 She actually did it. I can't believe it and I hate death like you wouldn't believe. Yes, yes, she was ill and now she's not... but she was alive and now she's not. She was so very ill and every little thing required more effort than she had, almost... every breath was a struggle and her back hurt constantly, terribly... but she laughed and made fun of herself, and she loved my children and had words of wisdom that we either laughed at affectionately or took on board and agreed with, and she adored her great-grand-children like they'd been made from the purest ingredients and could do no wrong (which is true).
Mum was planning pot-holders in the midst of her drug and pneumonia induced delirium... just one or two. I took her a bag of culled felt I had for the op-shop in a nice new purple pencil case with embroidery cottons and a bundle of pictures to inspire her. I gave her the crappy felt because she (1) wasn't bothered by polyester like I am and (2) I knew she wasn't going to do anything and there were some good Mum colours.
Dad took her home last Monday (just over a week ago) and it was to die. She'd been fighting for so long and was losing. I stayed. Last night was my first night at home with Ross. I slept on a mattress at the foot of her recliner (purple) and we stroked her face and held her hand and fed her baby food and then shaved ice until she wasn't able to do it anymore. We washed her and I used my ray-gun to ward off well-meaning friends who stayed and stayed and would have (well meaning-ly) robbed my father of his last chances to be with her and redeem anything that needed redeeming and to tell her he loved her. He politely kept up conversations with friends and I'd see him glancing over and so I'd ray-gun them into submission. Sometimes I had to turn it to the highest setting.
We've cried buckets but there are oceans. It's no comfort to me to say she had a good life, it wasn't long enough. I want her here. We were the sewers. We remembered the stuff. We rolled our eyes at Dad and stuck up for the need to buy the trim that you could only get an hour's drive away because it was the right colour.
She stipulated that everyone wears purple at the funeral and you'd have to know her to say typical! I never wear purple and I said to my brother that I've side-stepped Mum's demands all my life and I wasn't wearing purple to the funeral, which is a lie. I'm wearing her jewellery... and I'm just about to make a purplish skirt... and jacket if I can be bothered. I've been meaning to make it for a few years and it's only right. But it's aubergine so I'm winning a bit and so is she.
So beautiful, that girl. Pretty, blonde, with big blue eyes. I have her hands but I'm much taller and dark.
Even though I've had Nick Cave's 'Death Is Not The End' going through my head for days... I'm not so sure. It's fucking un-natural, that's all I can say.
I love you Mum. I'll miss you forever but every time I look at my daughters I can see your personality. Even my son has your obsession with shoes. We're all stubborn and happy-in-ourselves.
So sweet and a little bit naughty.
Posted by Bobby La at 4:07 pm 4 comments: 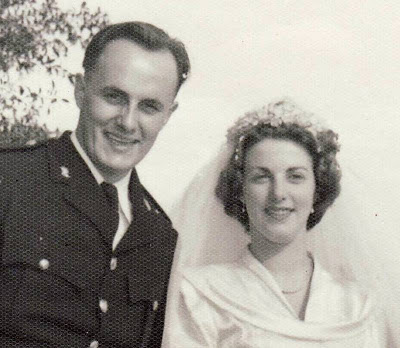 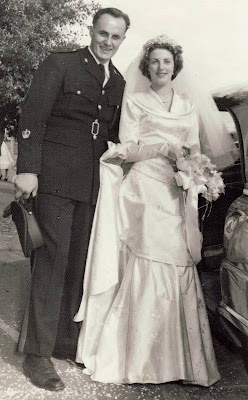