Marie Antonia Petit Point For You!

Detail from 'Archduchess Marie Antonia (later to become Marie Antoinette, Queen of France) at the age of 12' by Martin van Meytens, 1767-68. 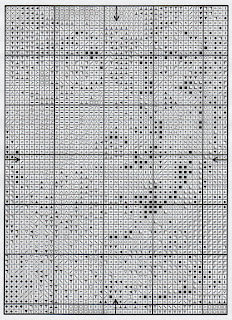 I love Marie Antoinette. I read 'The Lost King of France' at the recommendation of my tour guide to Versailles. This book is about Louis XVII, the child of Marie Antoinette and Louis XVI. It's an absolute page turner. Sad, but terribly interesting and well written. Then I went on to read Antonia Fraser's 'Marie Antoinette: A Journey', also a beautiful book and very well balanced. There has been much controversy about Marie Antoinette, most of it ridiculous. She was a child of her time and a political pawn, born to be played for power, peace and gain by both sides. Louis XIV, The Sun King, was responsible for the excesses of the French court and his grandson and great-grandson paid the price with their lives, along with Marie Antoinette.
Going to Paris, and Versailles was a major event in my life (of course, you say). Who wouldn't fall in love with such beauty, although I might tone it down a smidge for my place.

So, when the lovely New Zealander took our tour (a bicycle tour... er... ah... Fat Bike Tours), he filled us up with his own love for Marie Antoinette and I will always be a fan.
Posted by Bobby La at 8:35 pm 4 comments: 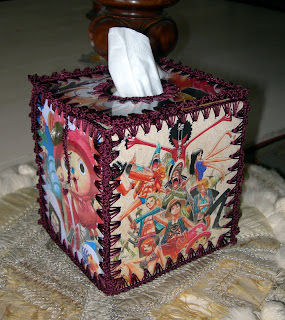 Please go through my Crochet label (here on my blog) for hints and so on. And the turotial is here and a little bit here..
Posted by Bobby La at 5:58 pm 2 comments:

This box is a practical size to slip in a drawer... not that I would ever want to hide mine away! The angled sides make it stronger than the first I made of this style. I've used gorgeous Japanese or Chinese paper with card inside and plastic on top (as usual). I think I bought 5 A4 sheets? Hmmm... think so... 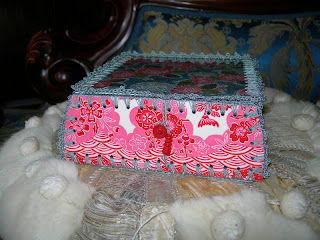 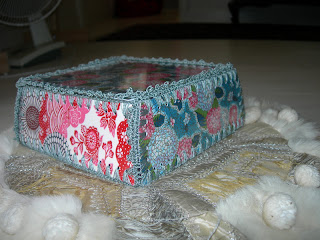 Please go through my Crochet label (here on my blog) for hints and so on. And the turotial is here and a little bit here..
Posted by Bobby La at 3:35 pm No comments: