New Wool From Scotland! It's Here! 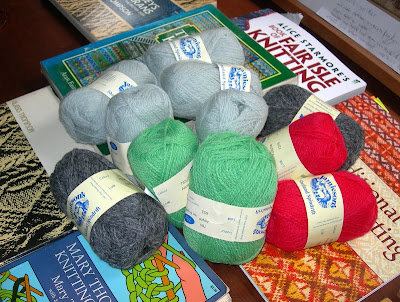 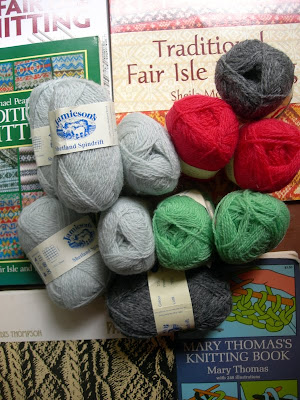 I've gone mental on knitting. And today I wore my new cardigan and felt fabulous! My One True complimented me twice, once before I left to see my daughter and once when I got home! This is for a traditional style Fair Isle vest. I haven't finished the design yet, or choosing the patterns to use, but want it to be old fashioned, like this maybe, or any of these? I'm doing my own design.
So, the wool is from Jamieson's of Shetland... Which REMINDS me! I found some amazing old films to download from the National Library of Scotland, about the Shetland Islands in the 1930's. It makes my heart come close to breaking. They knit like mad people! So fast you'd think it was sped up, only I've just been reading about them.
And while I'm at it, my favourite books at the moment are:
Mary Thomas's Knitting Book
Alice Starmore's Book of Fair Isle Knitting
Traditional Fair Isle Knitting by Sheila McGregor
Patterns for Guernseys, Jerseys, and Arans: Fishermen's Sweaters from the British Isles by Gladys Thompson
Michael Pearson's Traditional Knitting: Aran, Fair Isle, and Fisher Ganseys
and
Mary Thomas's Book of Knitting Patterns, which hasn't arrived but I know it will be good too.

Thses books talk about a time now past, where shepherds walked around knitting in the south of France and all over Scotland of course. They have old, old photo's of how fishermen always dressed... in a manner that would be guaranteed to make me swoon (I told the fella and he sees my point but doesn't want one). I mean really, properly swoon. With fringe benefits.
I love the history.
Crikey, I sound just like Ross! He gets into something and life as we knew it is over... it's 100% whatever it is. No other thought or activity invades the space! I think I compatmentalise my activities... I like to have a bag of something for the train, something for when that thing is too demanding and I need an easier something for the train. Something for the couch and something serious for the sewing room. Plus a book to read, and drawing book and maybe an audio book for walking or when knitting something easier for the train and don't need to think.
My bag for work is full of things to do while I'm not working.
Do you want to hear something funny? Recently at work, it was reported that potentially hazardous things were being brought into the lunch room... and it was (my) knitting needles! True! A report was written or threatened to ne written. My boss announced that he'd get OH&S (which is me, and he nodded at me while I sat in the lunch room doing my knitting in my break) to do an investigation. Which amounted to my going into his office and we collectively shaking our heads while smiling broadly. End of! As my freind would say.
Ha ha ha!
Posted by Bobby La at 7:51 pm 4 comments:

I realise, of course, that I'd better not give away my address.
These are a few generations of collections. Grandma's collection would have had some of (her mother) Nanna's. A friend gave me his grandmother's buttons last week and I felt compelled to sort everything out. It took hours and hours and the Op-Shop has more than I have saved. 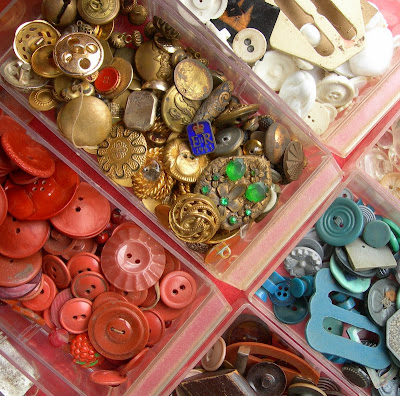 Some very cool old gold stuff. One of my favourite drawers is the tan. 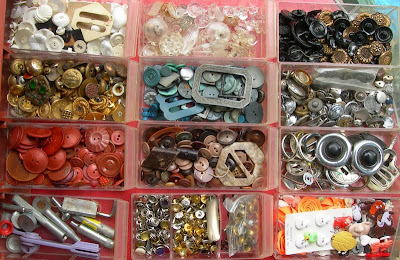 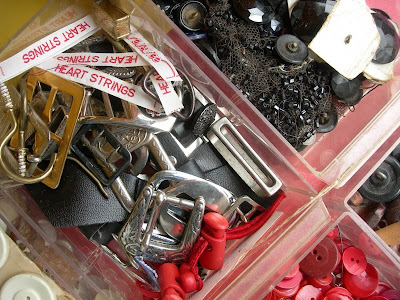 I used to put the 'Heart Strings' tag on my childrens clothes. 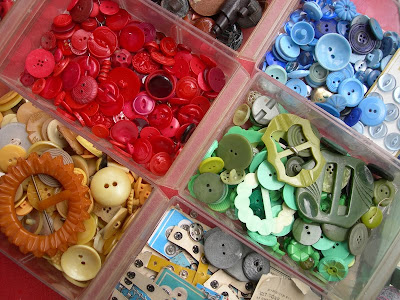 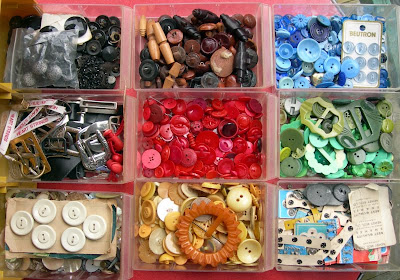 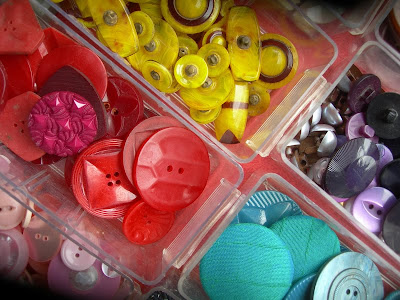 These yellow glass buttons come from my friend Barry's grandma. The aqua self-covered button is quintessentail my Grandma. She had curtains in this fabric too, I have them and the rest of her aqua fabric. 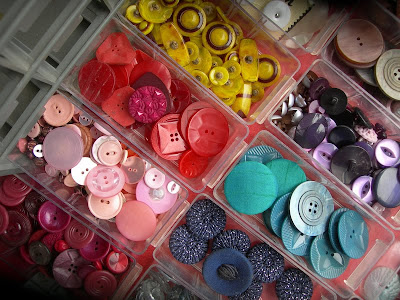 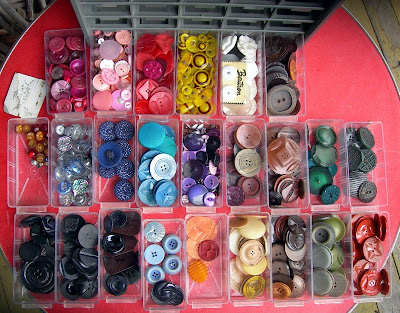 I might draw some old-style cards and string them up... make a good wall thingy.
Posted by Bobby La at 11:39 am 4 comments:

I'm A Knitter And It Feels Good 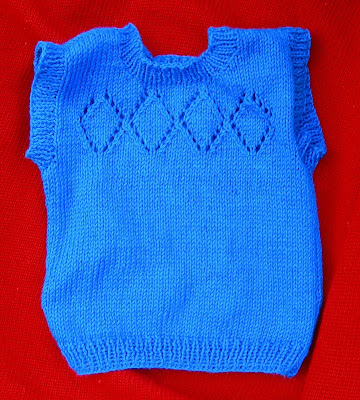 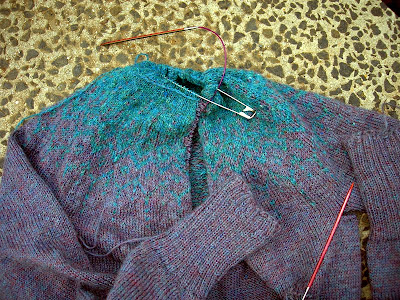 First, the cardigan. The wool is Jaggerspun from the USA, mail bought and beautiful, mixed with Rowan Scottish Heather.
I feel Scottish knitting away in heather wools. It's good. Even if I'm many generations Australian. The baby singlet is a Morris pattern.
It's been so busy at work these last few weeks, late nights and tiring days... I've been knitting. I've discovered knitting and am reading about the history etc, on the train.
Too tired to chat...
x
Posted by Bobby La at 8:57 pm 3 comments: