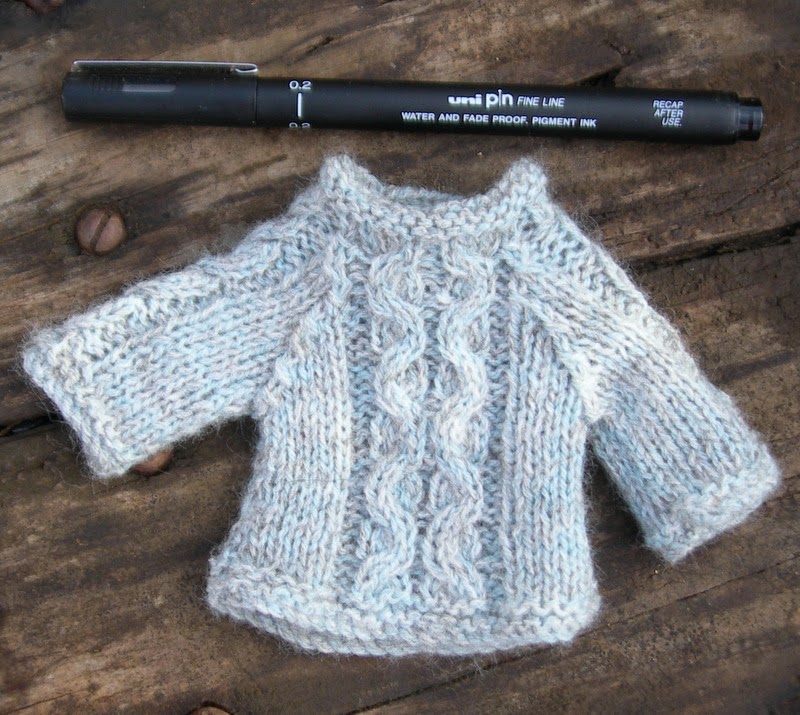 Foxy Winter Jumper: I followed the pattern for the boy’s jumper (sweater) for my next Fox Doll, but added my own cables. And made it a little longer (which doesn’t necessarily look better and I wouldn’t again). The yarn is a mixture of Morris & Son’s Empire 2ply in eggshell, and a funny little grey I found somewhere. I think it’s a funny animal hair?? It’s super soft, but has very thin, black hairs that made me think my own hair was getting caught (as it does), but finer, and soft. Someone suggested Samoyed, and I have a vague memory of something like that??? Poodle?
The buttons are really old and quite special! Shell. 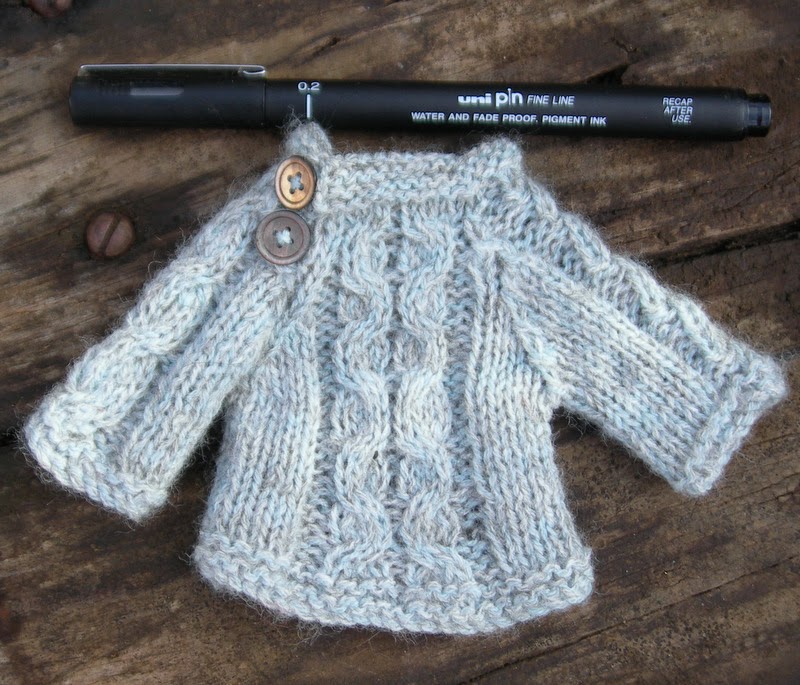