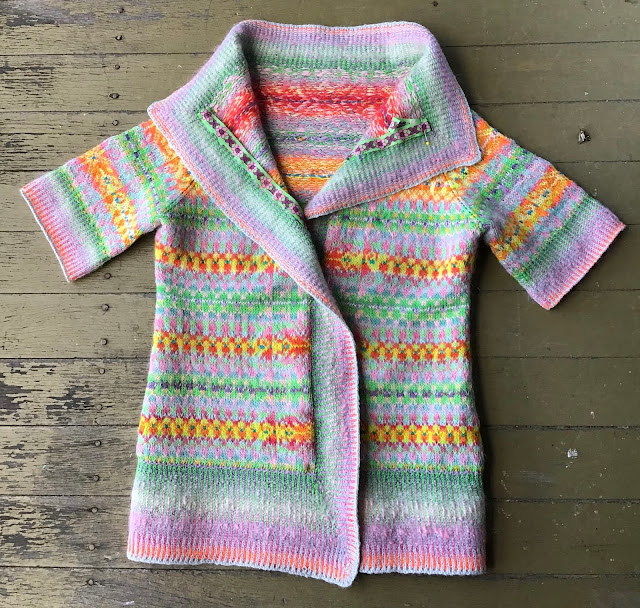 I can’t believe it’s finished! After 5 years! I really let it sit in the cupboard for a very long time, now made a concerted effort to finish.

I followed Hazel Tindale’s method and picked one stitch per row along the front steeks, for the bands, but didn’t reduce the numbers in the first row. I’m a tight corrugated rib knitter anyway. I ignored Meg Swanson’s good advice and did the whole rib band in one hit. Meg suggested I do the fronts and neck in one go, then add the waist as I wanted it twice as long. It would have been neater. But... I thought I’d give it a try in one go, so I did the waist, broke off yarn, started again and did a second row. Then turned with a double increase and ribbed up the front, double increase to go around the neck and the same for the other front… Then turned to do the waist for the third time, and on to go all the way around again. Lastly broke off yarn and did another waist. That is, for each row of front and neck banding I did 2 rows of waist. I had to pick up a couple of stitches to cover it. You can see in the pictures that I ought to have taken Meg’s advice! It’s a bit wonky as I said, but I’m very happy with it anyway and doubt I’ll notice it after a bit. The ribbon was in my stash, from at least 20 years ago. Vintage ribbon that is so perfect I couldn’t believe it. And with only a few centimeters spare! So, the original pattern was to be a jumper, but it was a bit small so I steeked it to become a cardigan, thus making it both bigger and oddly proportioned. I haven’t tried it on yet but it looks ok. 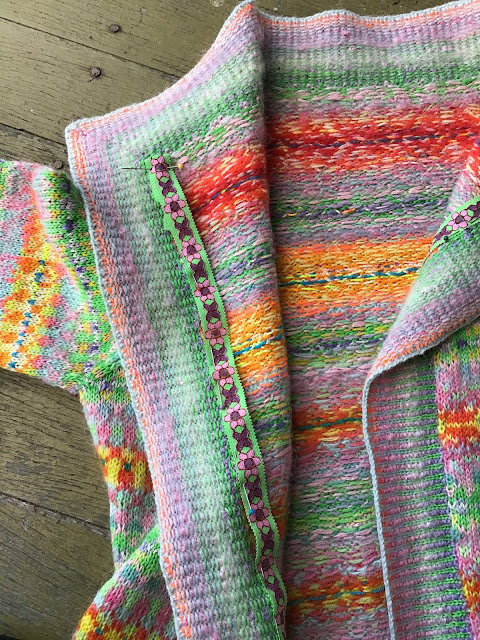 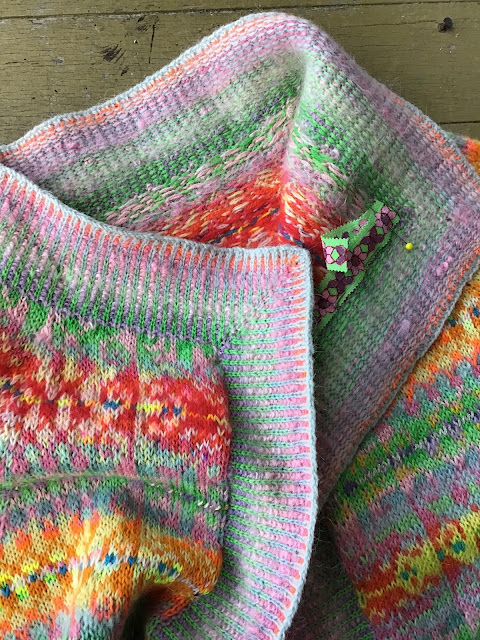 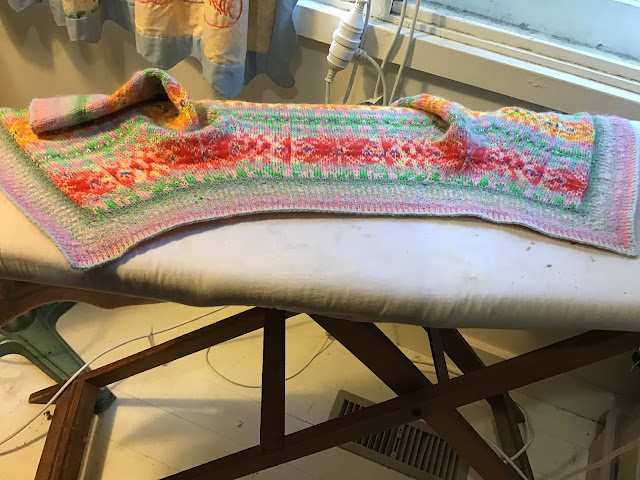 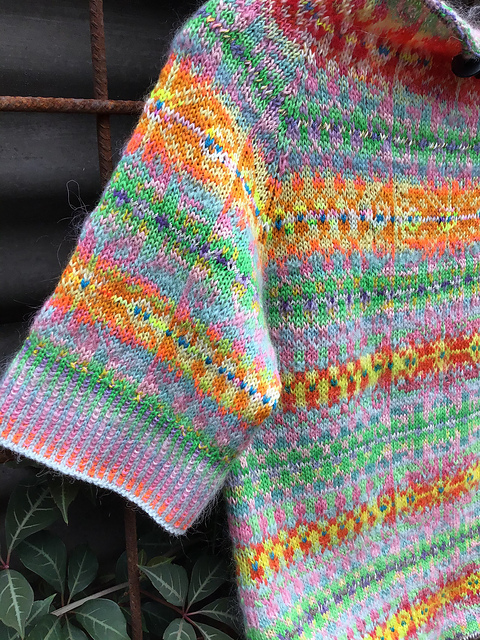 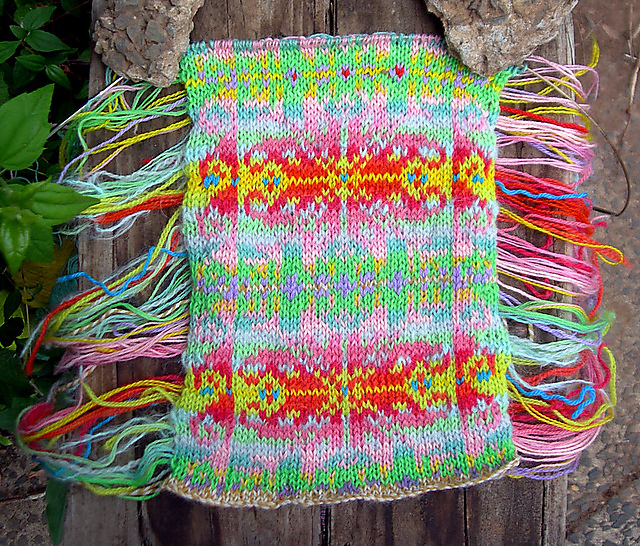 Wow...I'm impressed!!!! Love all the colors and pattern!! Really, really a nice job!

Wow from me too. I just found your blog- you are incredible! I'm really enjoying all of your treasures. Congrats on finishing this awesome piece and thanks for sharing!!