The Top Is Done! 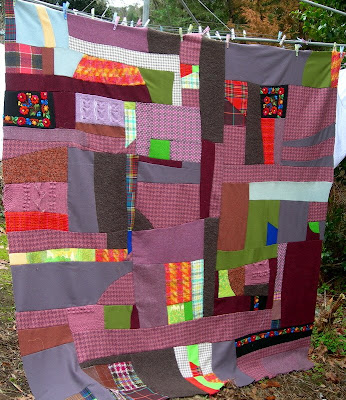 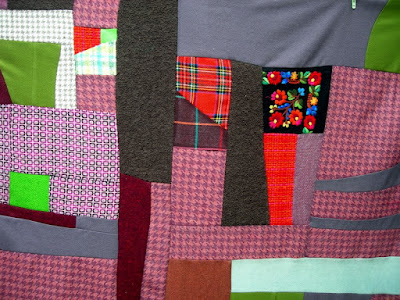 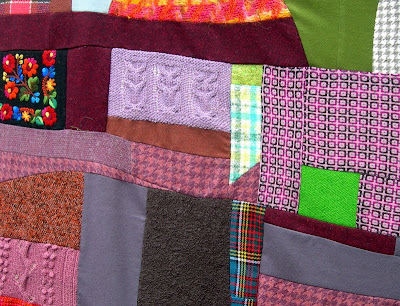 The back may be as complicated, that's the thing.
I knitted the Owls from the Owl Vest pattern posted on Ravelry by Jodi Haraldson. For my Mumma, who collected owls. Well, you know, she collected them years ago and had just found them and pulled them out... but it's translated into Mum=Owls and Purple. The rug wool I used was from a stach Mum, Grandma and I had. We had tons and I've only just sent it along (I know where it is too so the temptation is there). Boopy La is allergic to wool although I think we need our own Wagga in any case.
Now to clean the fluff out of every corner of the house and put the furniture back (until I start the back at least).
Again, here's a bit of blether about Wagga's.
Posted by Bobby La at 3:05 pm

I love love love it. Reminds me of a Klee townscape painting.

i love it......love the owl's what a great way to remember special people and use things that make us happy...lucky claire..

Fabulous work and all the history involved...and the hours that could be spent reminiscing. It might actually work for altzeimers or memory related things...help the pathways ....maybe the people in the "olden days" were not as ill informed as people today think.